Launch of the Whithorn Roundhouse

We had a fabulous day yesterday (1st April 2017) with the official launch of the reconstruction of an iron age roundhouse for The Whithorn Trust. Formally opened yesterday by Sir Alex Fergusson and very well attended by all involved in the project and locals alike getting their first opportunity to see inside this exciting building! Julia Muir Watt manager of the Trust and project manager of the build, did a fabulous job of thanking all of the funders, helpers, supporters, craftsmen, donators, volunteers and professionals involved in the creation of the roundhouse. The roundhouse has been named after the late Peter Hill, archaeologist and his family unveiled the name stone kindly made and donated by Jock McMaster and cut the fantastic roundhouse cake by Anne Brown; it was delicious too! The Bishop of Galloway then opened the Crozier exhibition allowing everyone a view of the Bishop’s Crozier now it has returned to Whithorn, a beautiful object, I hope gets to stay! I was honoured to be the architect for the roundhouse and it was quite a challenge to balance the authenticity required by the AOC archaeologists based on their amazing findings of the dig at Black Loch (dated to Spring of 437BC) to be  with the current Building Regulation requirements and health & safety needs of modern society. In addition, the site being owned by Scottish Ministers and a Scheduled monument meant we couldn’t penetrate the ground. The documentary by Urbancroft Films recorded throughout the construction process but also covered old and new construction techniques and traditions locally, was also premiered yesterday and really captures the atmosphere of the build and some of the challenges we overcame during the project. Hadn’t expected to appear in it as much as I am though. I would thoroughly recommend everyone visits Whithorn and the roundhouse; it’s a truly special building with a unique atmosphere and sense of history.

My full photo album of the day can be seen at https://www.facebook.com/pg/hazelsmitharchitect/photos/?tab=album&album_id=1278018682279993 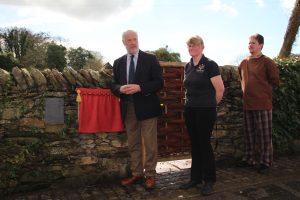 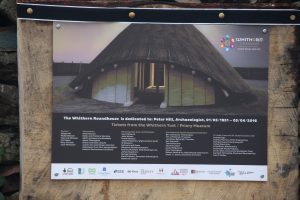 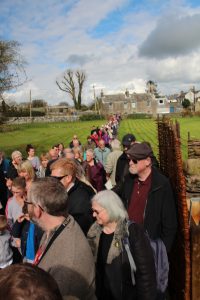 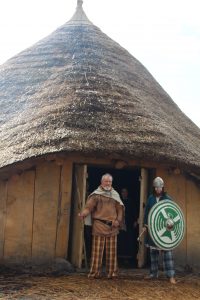 Iron age Tom and his Viking friend meeting and greeting everyone as they enter the Whithorn Roundhouse! 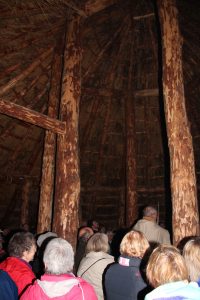 Inside the Whithorn Roundhouse 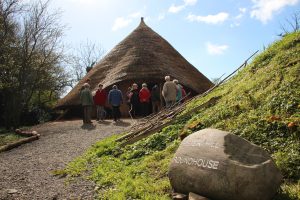 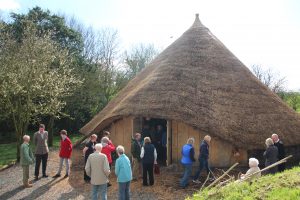 The overflow of people outside the Whithorn Roundhouse 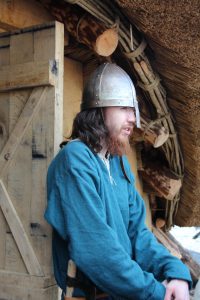 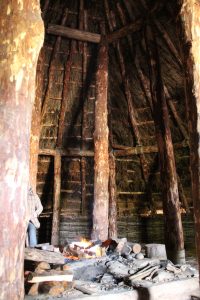 The amazing ( & delicious) Roundhouse cake made by the very talented Anne Brown! 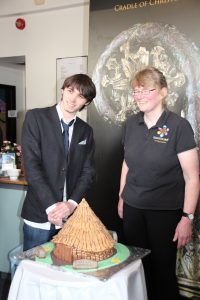 Cutting of the fabulous roundhouse cake made by Anne Brown 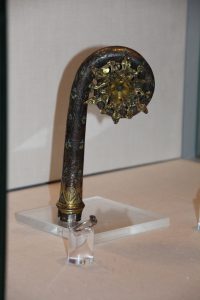 The Bishop’s Crozier returns to Whithorn! 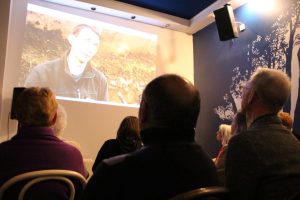